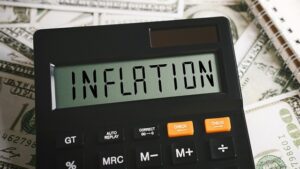 The economy, inflation and the high cost of housing are weighing on the minds of consumers as recent price hikes force Floridians to cut back on travel, entertainment and other discretionary items, according to the latest statewide survey from the Florida Atlantic University Business and Economics Polling Initiative.

Roughly 47 percent of respondents rate the national economy as poor or very poor, while 84 percent consider the cost of living and inflation a high priority that the country must address.


More than eight out of 10 respondents are concerned or very concerned about increasing costs for both housing and property insurance, while more than 53 percent said rising prices for food and goods and services have greatly affected their finances.

Summer travel likely will be impacted. The latest Travel Price Index from the U.S. Travel Association noted that transportation costs are up 30 percent, lodging up 11.4 percent and food and beverage are up 14.2 percent, compared with pre-pandemic 2019.

“This increase in prices in the travel industry will lead to adjustments in summer vacation plans,” said Monica Escaleras, Ph.D., director of FAU BEPI in the College of Business. “The hospitality industry most likely will see a decrease in demand.”

In other issues, nearly 67 percent of respondents, including more than half of the Republicans polled, said abortion should be legal in most or all cases.

“However, it is not clear this issue will drive voting as abortion was only ranked as a high priority issue by 39 percent of Floridians,” said Kevin Wagner, Ph.D., a professor of political science at FAU and a research fellow of BEPI.

The online survey was conducted May 20th-22nd and has a margin of error of +/- 4.24 percentage points. The polling results and full cross-tabulations are available here.

The Financial Pandemic: Younger and Older Americans Are Struggling the Most