Ahead of the 2016 Arena Football League season, the Orlando Predators are hosting a Fan Appreciation Party on March 24th. The Predators are celebrating their 25th Anniversary as Orlando’s arena football franchise and the 2016 home opener is scheduled for April 9th at the Amway Center.

Fans will be able to meet the 2016 Predators players and the Prowler dancers. The Fan Appreciation Party will be at the Tilted Kilt Pub & Eatery on International Drive. The party will start at 6pm.

As members of the Arena Football League, the Predators have achieved unprecedented success on the field. Orlando has advanced to the AFL playoffs a league-leading 22 times in their history while securing seven conference championships, including two ArenaBowl Championship victories in 1998 and 2000. 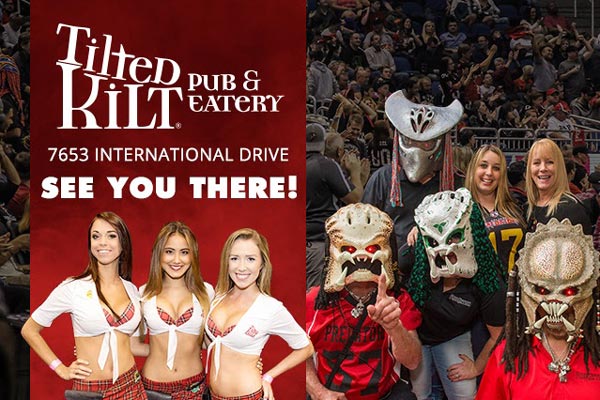