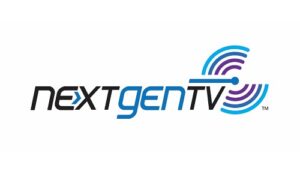 An expanded number of Central Florida viewers are able to experience NEXTGEN TV as eight Orlando TV stations band together for the launch. Claiming to deliver more expansive audio and video options, as well as other innovative new capabilities, NEXTGEN TV enables TV stations to better personalize their broadcasts with information and interactive features, making the content more relevant and engaging for viewers.

NEXTGEN TV is a feature built into select new TV models manufactured by LG Electronics, Samsung, and Sony, and now widely available to consumers. While features available on NEXTGEN TV will vary by device and by broadcaster as commercial service becomes available in local markets, it is designed to be upgradable, enabling a viewer’s television set to advance with the latest technology.

“Viewers in Orlando have a lot to be excited about, as NEXTGEN TV is going to change the way they experience live broadcast television, and it will only get better as more features are added down the road by their local stations,” said John Soapes, president and general manager of WESH-TV. “NEXTGEN TV ensures the future of television, where content and the experience of watching culminates, leaving viewers informed, entertained, and inspired.”

“NEXTGEN TV merges over-the-air TV with the internet, changing the way viewers watch live broadcast television and revolutionizing their interactions with their home screens,” added Anne Schelle, managing director of Pearl TV, the broadcaster business group that is coordinating NEXTGEN TV station launches. “Because NEXTGEN TV can also be enhanced with internet content, viewers across central Florida will be able to get the most out of live news, live events, and live sports.”

The participating stations have worked together to ensure current programming remains available to all viewers, regardless of whether their television service is provided over-the air or by a cable or satellite company. Antenna viewers can simply rescan their TV sets to ensure full service. Cable and satellite subscribers do not need to take any action. Because NEXTGEN TV has no impact on a household’s internet bandwidth—competition for bandwidth in the home is eliminated, viewers will benefit from the enhanced viewing experience alongside whatever streaming platform they use.

Orlando viewers can learn more about NEXTGEN TV by visiting www.watchnextgentv.com, which offers a guide to cities carrying the service, as well as links to available NEXTGEN TV models.

The Pandemic, the Recession, and Hunger: What We’ve Learned