A Seminole County deputy was killed yesterday afternoon, after a car drove into the direct path of his motorcycle, Florida Highway Patrol said. 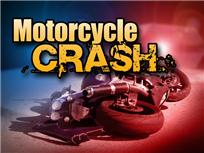 Troopers said, Deputy Matt Miller was driving a 2009 BMW Mitsubushi motorcycle westbound on Maitland Boulevard when the driver of a 1999 Volkswagon Jetta, heading eastbound, attempted to make a left turn onto Gateway Drive.

The unnamed driver of the Jetta drove into the direct path of the Seminole County deputy, and the front of the motorcycle struck the right side of the Jetta.

Troopers said,  53-year-old DeputyMiller, who was wearing a helmet, was transported to the Orlando Regional Medical Center where he was pronounced dead.

The driver of the Jetta, a 49-year-old man, from Altamonte Springs, was also transported to ORMC, with critical injuries.

The crash occurred just after 1:15 p.m. on Monday.

Troopers said, the crash remains under investigation and charges are pending.

Staying Healthy as We Age Lunch and Learn

I-4 Ultimate Project: Open House on May 28