A man who deputies believe shot and killed the manager of a popular eatery downtown Deland in late March, was found dead along with his pregnant girlfriend in a house near Tampa, Thursday. 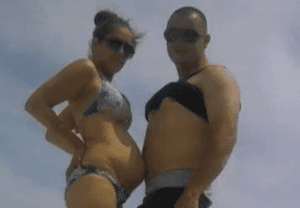 29-year-old James Seagraves and 20-year-old Kayla Nemoto were found dead in a home in the 9000 block of Symmes Road in Gibsonton, following a five-hour standoff by Hillsborough County SWAT members.

The SWAT members entered the home just before 5:00 p.m. Thursday after hostage negotiators were no longer able to make any further contact with Seagraves and Nemoto via telephone and a PA system through a SWAT truck.

Walsh was found dead inside the Mainstreet Grill on March 31, and Seagraves was the only suspect in his murder.

According to news reports, Seagraves was a former employee at the Deland eatery.

Deputies said, no shots were fired by SWAT members and Seagraves and Nemoto were found deceased upon entry into the home.  It is believed that the pair had a suicide pact, according to news reports.

At this time, it is unclear whether Seagraves and Nemoto each took their own lives, or whether one person shot the other and then committed suicide.

Hillsborough County Medical Examiner is expected the release the official cause of the pair’s deaths later today.

Suspect Shoots Himself as U.S. Marshals Attempt to Serve Warrant