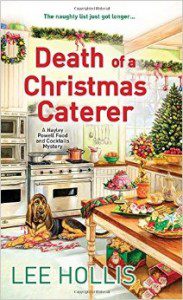 Death of a Christmas Caterer

A caterer is killed and columnist Hayley Powell is determined to help the police solve the case in the newest installment of the Hayley Powell food and cocktails mystery series.  Hollis once again fills the story with fun characters and situations that move the story along to the revealing reason the caterer was murdered.  “Death of a Christmas Caterer” is a delightful mix of mystery and mayhem in time for the Christmas season. 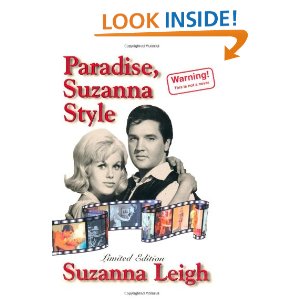 “Paradise, Suzanna Style” is the actress  Suzanna Leigh talking to readers about her life in the film industry.  She was lucky enough to have worked with Elvis Presley, Roger Moore, Tony Curtis, Jerry Lewis, and Thelma Ritter and now tells lots of interesting stories about them and other actors. She also deals with her mother who was never really there for her,  how she stood up to major producers, her drive and ambition to become a film star, and lots more.  There are many aspects that deal with Elvis that include the sections of the book, the title that is a play on one of the Elvis pictures, and her brother sister relationship, as well as the day he died and how she learned of his passing.  “Paradise Suzanna Style” is a behind the scenes look at the film industry of many years ago and how it is very different today. 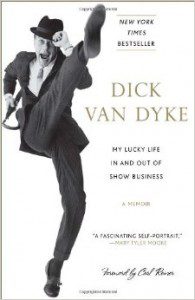 My Lucky Life in and out of Show Business

Finally, Dick Van Dyke tells about his life in his memoir “My Lucky Life in and Out of Show Business” and it is worth the wait to hear from Van Dyke about his life.  He tells ups and downs but warns this is not a kiss and tell book.  Instead he talks about his profession as well as some of his personal life.  Some of the things he goes into are the making of “Mary Poppins,” how the “Dick Van Dyke Show” began and why it was so successful, other shows he was part of and why “Diagnosis Murder” is so popular.

“My Lucky Life In and Out of Show Business” will have readers loving Dick Van Dyke even more than before. 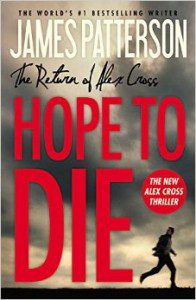 “Cross My Heart,” the last Alex Cross novel left things in the air for his family that had been kidnapped.  In “Hope to Die” Patterson ties up that story line with a nail biting tale of suspense as Alex Cross searches for the people who took his family hostage.  He is more determined than ever before because, this time it’s personal.  The novel moves along with plenty of twists and turns and brings in some new characters who help Cross on his mission to find his family.  “Hope to Die” was worth waiting for.