Congresswoman Corrine Brown has been indicted on charges likely related to her involvement with an unregistered charity, according to multiple sources. 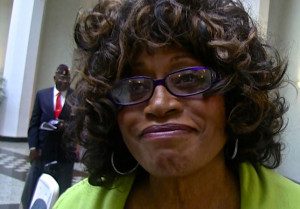 Rep. Brown will appear in Jacksonville Federal Court on Friday before a federal magistrate judge, as reported by First Coast News. Brown issued no initial comment, but according to First Coast News, close associates say Brown is “strong” and “not worried” about the indictment.

Brown is a member of the Democratic Party and she has served in Congress since 1993. Brown represented parts of Orlando and the surrounding areas during her tenure until recent redistricting changed her district specifically, which was identified as one of the most gerrymandered districts in the country spanning from Jacksonville to Orlando.

For more on this breaking news story: