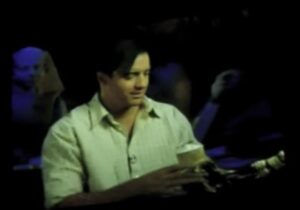 MegaCon Orlando added Brendan Fraser, famous for his recurring role on the Revenge of the Mummy attraction at Universal Orlando Resort, to their celebrity guest list for this year’s event. Locals should prepare for shouts of “get me another cup of coffee” during the convention in August.


Fraser joins the cast of “The Lord of the Rings” trilogy – Elijah Wood, Sean Astin, Billy Boyd and Dominic Monaghan – who will also appear at the convention. William Shatner from Star Trek fame is also scheduled to appear, along with fellow Trekkies George Takei and Brent Spiner. The event has also announced Adam Savage of Mythbusters, Christopher Eccleston from Doctor Who, James Marsters from Buffy the Vampire Slayer, and Stephen Amell from Arrow. The Office will be represented by Leslie David Baker, Kate Flannery, David Koechner, and Oscar Nunez appearing throughout the weekend.

OCPS Graduation Dates for Class of 2021