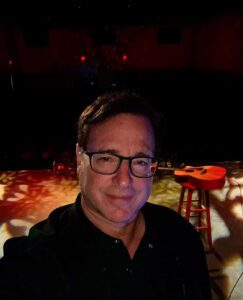 Bob Saget, a beloved American comedian and actor, has died in Orlando. According to reports, he died Sunday at the Ritz-Carlton in Orlando.

Bob Saget’s final Instagram post said: “Okay, I loved tonight’s show @pontevedra_concerthall in Jacksonville. Really nice audience. Lots of positivity. Happened last night in Orlando last night at the Hard Rock Live too. Very appreciative and fun audiences. Thanks again to @comediantimwilkins for opening. I had no idea I did a two hour set tonight. I’m back in comedy like I was when I was 26. I guess I’m finding my new voice and loving every moment of it. A’ight, see you in two weeks Jan. 28 & 29 @pbimprov with my brother @therealmikeyoung – And check BobSaget.com for my dates in 2022 – – Goin’ everywhere until I get the special shot. And then probably keep going cause I’m addicted to this shit. Peace out.”


The Orange County Sheriff’s Office said: “Earlier today, deputies were called to the Ritz-Carlton Orlando, Grande Lakes for a call about an unresponsive man in a hotel room. The man was identified as Robert Saget and pronounced deceased on scene. Detectives found no signs of foul play or drug use in this case.”

An autopsy was performed this morning on Robert Lane Saget. Mr. Saget is a 65-year-old male, who was found unresponsive in his hotel room. At this time, there is no evidence of drug use or foul play. The cause and manner of death are pending further studies and investigation which may take up to 10-12 weeks to complete.

When the autopsy report has been finalized, a follow up press statement will be released.

Our condolences go out to Mr. Saget’s loved ones during this difficult time.

Saget is survived by his wife Kelly Rizzo and his three daughters.

Pastor Zach’s Cause of Death Remains Sealed, for Now