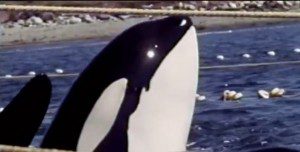 A fourth band has joined the growing list of groups who have cancelled their upcoming performances at SeaWorld owing to the controversy around the popular documentary film Blackfish.

The rock band, Cheap Trick confirmed that their gig is off, as first reported by WKMG Local 6, and joins an expanded group of others like Heart, Barenaked Ladies and Willie Nelson, all slated to have performed in late November and early December.

Blackfish which premiered in January earlier this year, was released to a wider audience in October.  Since then, the documentary, based on the 2010 death of SeaWorld trainer Dawn Brancheau, by an ocra named Tilikum, and the practice of keeping such whales in captivity, has created a backlash against the theme park.  Public pressure continues to build through on-line petitions such as on Change.org, urging performers not to play at SeaWorld. More than 3,600 fans and animal advocates signed the Change.org petition encouraging Cheap Trick to cancel their performance at the marine park.

Meanwhile, SeaWorld, has said that Blackfish is ““inaccurate and misleading and, regrettably, exploits a tragedy that remains a source of deep pain for Dawn Brancheau’s family, friends and colleagues,” TIME reported.

The critically-acclaimed documentary Blackfish was short-listed for an Oscar for Best Documentary last week after gaining widespread public support. Many animal advocates continue to use the #Blackfish hashtag to organize on Twitter in addition to Change.org, Facebook, and other platforms.