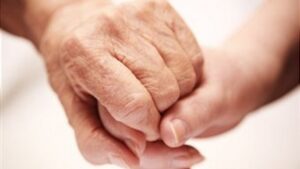 U.S. Representatives Darren Soto, Gus Bilirakis, Charlie Crist, Debbie Dingell, and Brian Fitzpatrick introduced bipartisan legislation that supports the approximately 1.3 million adults, mostly seniors and people with disabilities, who are currently under the care of guardians by enacting protections from the risks of abuse or neglect. The Guardianship Accountability Act of 2021 implements further oversight and enacts data collection measures to hold guardians accountable in response to reports indicating an increasing number of fraud cases and financial exploitation from guardians towards vulnerable populations.

“Congress must act to protect our most vulnerable community members and ensure that they receive the support they deserve,” said Congressman Darren Soto. “Our Central Florida community has experienced firsthand how inadequate protections against bad actors can lead to tragedy. In 2019, abuse by a former guardian led to the horrible, preventable death of one of our seniors. We must pass this bipartisan legislation to strengthen safeguards against abuse and address the failings of our nation’s guardianship system.”


“It is said that the strength of a society can be judged based upon how it treats its most vulnerable populations. We’ve seen from recent examples in the news, and alarming rates of elder abuse throughout Pasco and Pinellas counties, that guardianship is an area where we can and must do better to protect seniors,” said Congressman Gus Bilirakis. “Our bill will provide additional resources, strengthen protections, and improve intergovernmental coordination to achieve this paramount objective.”

“Toxic guardianships, like that of entrapped Britney Spears, are sadly prevalent across Florida and the country. Lack of data and accountability is one of the biggest hindrances in our fight to protect those in the guardianship system. As the son to two senior parents, I can’t fathom either of them being caught in these horrific circumstances,” said Congressman Charlie Crist. “That’s why I’m proud to co-introduce this legislation with Rep. Soto that directs the Elder Justice Coordinating Council to collect and publish data on guardianships and conservatorships. It also directs the Department of Health and Human Services to provide grants to states for guardianship oversight programs and establishes a federal guardianship resource center — all towards the goal of eliminating guardianship fraud abuse.”

The Guardianship Accountability Act of 2021 would help ensure individuals under the care of guardians are not at risk of abuse or neglect by expanding the availability of federal demonstration grants to be used for developing state guardianship databases to assist with the collection of information on guardians, training of court visitors, and sharing of background check and other information with appropriate entities. It would also establish a National Resource Center on Guardianship, which would be tasked with:

“Safeguarding our nation’s seniors from abuse and exploitation must be a priority, and too often our current guardianship system fails to protect older Americans,” said Congresswoman Debbie Dingell. “The Guardianship Accountability Act will put in place commonsense protections to address these deficiencies, and I am thankful for the bipartisan efforts on this issue.”

“We must protect seniors and individuals with disabilities from exploitative bad actors who seek to take advantage of vulnerable groups through guardianships. Especially during these uncertain times, it is critical that we put in place needed safeguards at the state and local level to protect our seniors and individuals with disabilities from any potential injustice they may incur,” said Congressman Brian Fitzpatrick. “I am proud to introduce the bipartisan Guardianship Accountability Act, which provides additional resources to assist states and localities in cracking down on those who seek to harm our society’s most vulnerable. This bill is a first step to proactively fixing the shortcomings of our broken guardianship system.”

A companion bill has been filed in the Senate by Senators Bob Casey and Susan Collins.

For the full text of the bill, please click here.