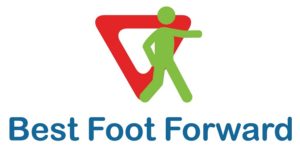 Operation Best Foot Forward will be taking place this Thursday, September 1st and the highly visible enforcement will promote pedestrian safety in the region. Operation Best Foot Forward is a crosswalk crackdown during which the Orlando Police Department and the Orange County Sheriff’s Office will go undercover to see if drivers stop at designated crosswalks near schools. Drivers who fail to yield will be speeding toward a $164 ticket and three points on their license.

Undercover officers will be cracking down on drivers who fail to stop for a person crossing the street in a marked crosswalk this Thursday, Sept. 1, starting at 7:30 a.m. The operation will be targeting crosswalks in areas like Universal Boulevard, near the site of a hit-and-run earlier this year, and Central Blvd., close to the Orange County Public Library where a driver crashed into an 88-year-old library volunteer crossing the street.

Studies show that when you combine engineering, education and enforcement over a prolonged period of time, driver behavior changes. If left unchecked the vehicle-versus-pedestrian culture flourishes. Operation Best Foot Forward is a high-visibility, dual-enforcement action to remind drivers about Florida’s driver yield law. Undercover officers wear plain clothes and cross the street at a marked crosswalk, giving motorists enough time to yield. Failing to yield may warrant a warning or a $164 citation and three (3) points on the motorist’s license.

Since Operation Best Foot Forward began in 2012, driver yield rates spiked 38%, from 12% to 50%, at crosswalks located on roads posted at 35 mph and less.

Smart Growth America’s Dangerous by Design Report ranked Metro Orlando as the “Most Dangerous” pedestrian metro of the past decade, where on average two pedestrians are injured every day and one is killed each week. The Best Foot Forward pedestrian safety initiative was launched in June 2012 to reduce pedestrian deaths and injuries in Metro Orlando by getting drivers to yield to pedestrians in crosswalks and getting pedestrians to be more careful crossing the street. More than a campaign, this “Triple-E” behavioral change process seeks to create lasting social good through the consistent and persistent application of low-cost engineering, community education, and high-visibility enforcement.

The long-term goal is to cut pedestrian injuries in half in ten years. The short-term goals focus on sustaining the driver yield rates at 50% or higher on roads posted 35 mph.