When I was a child I caught a fleeting glimpse, out of the corner of my eye. I turned to look, but it was gone, I cannot put my finger on it now. The child is grown the dream is gone…I have become comfortably numb.
Pink Floyd

Information overload is threatening our societal peace of mind. A 2009 University of California San Diego study revealed that the average American is assailed with 34 Gigabytes of information each day. Keep in mind that the average two-hour DVD is about 2 Gigabytes! Numerous studies demonstrate that information overload can cause physical symptoms, such as procrastination, depression, anxiety, headaches, insomnia, problems with decision-making and poor concentration. Still not convinced? Intel reported that lost productivity secondary to information overload has cost their company $1 Billion dollars annually! A conservative estimate of companies across America reports this loss may be closer to $1 Trillion dollars! 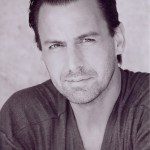 Author and “Worlds Fastest Reader,” Howard Berg writes, “While you were sleeping, your brain continued to search for the solution to the problem or question you were pondering before you went to sleep. It’s almost magic how the brain continues to process 24 hours a day to feed you the answers to your searches”.
WHAT? I want to sleep when I’m asleep. I don’t want to ponder, solve, decide, or question anything other than how I can get Pamela Anderson to still be there when I awake. Are we so hooked on learning that we can’t even turn it off when we lose consciousness?

Now we have new acronyms to learn. Information Fatigue Syndrome (IFS) Internet Addiction Disorder (IAD) Scientists have discovered that 10% of the industrial World population suffer from “overstress” or as it is clinical defined, “insufficient supply of messengers from the biogenetic amine and endorphin system.” Where can we find a solution to this dilemma? The experts tell us to “look for stability.” “Make your life like clockwork.” Like many plans, this advice works in principle. When we try to apply the plan of stability and clockwork we find an obvious disconnect.

Early morning activity becomes like a pianist warming up to play the first Rachmaninoff Sonata. Phase 1, start the coffee while the toast is toasting while feeding the dog, making lunches and waking the family. A brief repose. Phase 2, turn on CNN and drink coffee. So far the stability/clockwork plan is in full effect. Then the sonata begins to assail your senses as the CNN anchor grabs you by the shirt and forces news stories into your gaped mouth, like drinking from a fire hose. Iran, Iraq, Afghanistan, economy, healthcare, family killed by grizzly bear, drug war, Mexican cartels, Arizona immigration and…a delightfully warm story about Binky, the lost dog who after 4 years found its owners while they sat outside a Starbucks. The busy scroll at the bottom of the screen continues packing your senses with any information crumbs that may have fallen from your chin.

OK, clockwork…still intact. Stability…not so much. Now, off to work if you’re one of the chosen few to have a job. This is where the clockwork theory begins to erode and the sonata gets challenging. Your day is planned, after all you are following a healthy template handed down by adaptive behaviorists who are about as far removed from the average worker as a pay raise. Your boss changes your deadlines, your plumber called and starts the conversation with, “In all my years I have never…” and the School calls to not tell you that your child is doing stellar.

Clockwork integrity cracked, stability…A memory. It is this very mismatch that begins the cascade of stress. The experts advise you to, “cut your to-do list by 50%.” Oh, OK, I just won’t do half of what is expected of me. Why not add some Tequila shooters and we’ll call it a day? They continue, “why not use a value/time criteria matrix or a profit criterion, i.e. Revenue-Cost matrix.” Simple, yet poetic! I feel much more relaxed now.
Nineteenth century English philosopher/sociologist Herbert Spencer wrote, “Human society inevitably progressed because it responded to an ever-changing environment around it. The goal of this progress is happiness and prosperity.” Spencer argued that social evolution could not be something forced on people. Yea…Not really sure about the whole happiness and prosperity outcome these days Herbie.

By the Twentieth century we begin to see a change in philosophy. German sociologist/economist Max Weber wrote: “Society is progressing on an unstoppable path toward scientific determinism, in which man is increasing in his technical abilities, but not in his ability to understand the world.” He continued to say that this progress would result in a, “polar night of icy darkness.” So we have that going for us…Which is nice.

Psychology tells us that the normal human development is to proceed from experience to comprehension. As a society develops it accumulates the experiences of our ancestors and through this we formulate a plan for success and accomplishment. What is to be drawn from the reality that the acceptable timeline between the moments and intensity of experiences and comprehension seems to be getting shorter?

Today we are literally flooded with a constant barrage of information and it seems that this causes us to have brief and highly emotionally charged experiences. Certainly much more brief than that of our ancestors. Would a world-class meal be just as memorable if we were forced to “experience it” in a few minutes and without conversation? Our parents would have told us to, “stop and smell the roses.” Perhaps we will influence our children to download the outdated rose experience and keep it on their Ipods for reference in times of stress.

My brief theory is that as in physics, Force = (Mass) (Acceleration) In our case, Mass is the change in population, and Acceleration is the change in the speed of technology. Force is then unfortunately equated to stress, violence, despair, bankrupt interpersonal relationship, and increased self-centered behavior.
Author Thomas Wolfe may have summed it up best when he wrote, “You Can Never go Home Again.” We cannot hope to return to a more simple time, and even if we could, it may only appear simple when viewed from our presently complicated perspective. I do hope however, that we can fight against the comfortably numbed experiences that rapid exponential changes appear to make on the individual and unfortunately is more often being expressed in our collectively numbed societal response.
Now, if you’re all warmed up…On with the first Rachmaninoff Sonata of the day.