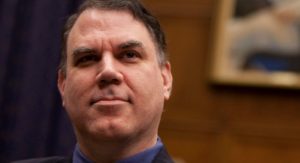 Progressive powerhouse and former Congressman Alan Grayson is making his return to politics, announcing he is running for his old congressional seat in Orlando’s 9th District. In an interview with the West Orlando News, Grayson explained his reasoning behind running for Congress again, along with his biggest regret in his previous bid for U.S. Senate and why he makes a better Democratic primary choice for voters against incumbent Darren Soto.

“After a decade in politics, I’ve learned the voters get what they want,” Grayson said about his return to Florida’s 9th Congressional District, a seat he held before seeking the Democratic nomination for U.S. Senate in 2016. “This is what the voters want.”


Because of Florida’s changing congressional lines, Grayson has represented parts of 6 current congressional districts and could have had his pick where to run, but he added the place where the most voters want Alan Grayson representing them is back in District 9 – currently held by Democratic Rep. Soto. But the Congressman with Guts is also itching for a return to Washington in order to be part of the national discussion regarding President Donald Trump and moving the Democratic Party forward.

“Absolutely,” Grayson said when asked if he would stand up to President Trump.

Grayson added that his “greatest regret” running for U.S. Senate is the fact he is not currently in D.C. to stand up to Donald Trump. He lambasted Soto for twice voting against impeachment of Trump already. Grayson is eager to help lead the “Dump Trump” movement in Congress. Anyone who remembers Alan Grayson knows he is the perfect match for President Trump’s style and is not someone who would be shy to share his take on what Trump and the Republicans are doing. Democratic voters nationwide are clearly missing Grayson as well, with thousands of campaign contributions being made before his official announcement was made on which congressional district.

“Florida hasn’t had a champion for years,” Grayson said. “Who was there for the people? Who’s been there advocating for what needs to be done? No name comes to mind. No one is pushing important matters forward. I’m going to get things done.”

Citing his previous record in Congress and the title of “most effective member of Congress” from Slate, Grayson explains he made progress before and wants to go back to get more done for the people on issues including Medicare, Social Security, healthcare, paid sick leave and gun safety to name a few.

“Seniors deserve a raise. Seniors need someone is going to fight to increase Social Security, and this has been a longtime issue for me,” Grayson said. He has worked on Social Security issues his whole adult life, from academic studies to Congress, where he was known as a fierce defender of Social Security. Grayson cited West Orlando News’ 2016 candidate questionnaire from Rep. Soto as an issue where he thinks he can draw a distinction.

Overall on healthcare, Grayson doubled down on his prior criticism of the Republicans’ plan as “don’t get sick, or die quickly,” saying it’s still true today. He added if he was in Washington, he would be holding them accountable for it, in contrast to the current silence from Democratic Party officials. Bringing up paid sick leave, he laughed about the fact Italy passed a law allowing paid time off if your dog gets sick. One can only imagine Grayson unleashing about healthcare and paid sick time on the floor of the House, again.

On Medicare, Grayson already has a plan in mind to fix current flaws and gaps in medical coverage for seniors. And he believes he can win Republican support for his plans, saying GOP members were open on the matter when he was last in Congress. “Currently, Medicare leaves out teeth, eyes and ears,” he said. “We need coverage for dental, glasses, hearing aids and more for seniors. We can’t accept the current situation.”

He cited his previous work with Republican John Mica and Rep. Corrine Brown to secure funding and support for the new VA hospital, as well as his work with Mica on SunRail funding as examples of reaching across the aisle and delivering for communities who could have been left out. In fact, Grayson says his mix of exposing Republican hypocrisy, holding other officials accountable including the President, and his ability to pass, amend and influence legislation is the winning formula that’s been missing in Washington.

“District 9 consists of people with human needs, with low wages and few benefits if any for the most part,” Grayson said. “Our district is being neglected.”

That probably will not sit well with incumbent Rep. Soto, who is probably not looking forward to a primary challenge from Grayson. It is going to be a lively and likely combative Democratic primary race, and the winner will be virtually assured of the congressional seat in the safe district. Not all Democrats will be happy with the decision to challenge a sitting Democrat. But some Democrats believe a primary will bring about the best results, ensuring the eventual nominee will be further left than without a challenge.


Grayson believes he delivered more for his constituents than Soto, even in the Hispanic communities. Grayson referenced specific accomplishments including foreclosure remediation and a bilingual housing program for Osceola County. Grayson’s efforts resulted in foreclosures being cut in half, and the policy was later adopted statewide. However, Republicans wanted to cut funding for a bilingual housing program and Grayson said he was proud to save funding that directly benefited Central Florida. On gun safety, Grayson referenced a 40 hour sit-in to force the House to debate. He also shut down the House with a mini-filibuster of his own to honor Pulse after the mass shooting.

He is not short on accomplishments, but he is quick to add he doesn’t feel done.

“People don’t need more members of Congress who enjoy the perks and benefits, or who take corporate money,” Grayson said. “We need people who will get good things done. That’s what I’ve done before and I want to go back and get more good things done.”