On April 13, 2011, students are scheduled for a full school day instead of being released early. 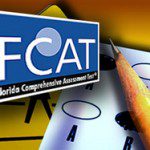 Exceptional Education and English Language Learner (ELL) students will benefit from an extra hour of school to complete their FCAT tests on Wednesday, April 13, 2011. The district has designated “FCAT Wednesday” as a full-length school day, without early release, to provide more time for the many students with unique accommodations taking the critical state tests.

All services such as Transportation and Food Service will operate on April 13 as they would on any other full school day. If a student normally rides home on an OCPS bus at 3:30 p.m. on a Monday, Tuesday, Thursday, or Friday, that student will ride home at 3:30 p.m. on Wednesday, April 13, 2011.

This one-hour change will be effective only during FCAT testing in April, but not during the FCAT Writes test in February. Of all the FCAT testing dates, April 13 is the only actual testing day that falls on a Wednesday. Other Wednesday dates are makeup days.

Both unions agreed that it is in the best interest of the students for employees to adjust their schedules where needed to accommodate this change.