George Zimmerman has spoken through the launch of a website “The RealGeorgeZimmerman.com” which states its for the sole purpose of ensuring that supporters receive his full attention without intermediaries. 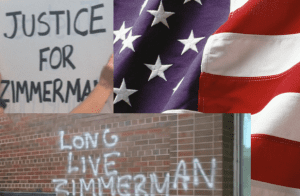 It is the first time that Zimmerman has come out publicly since his voice was heard on the 911 call shortly before he shot and killed Trayvon Martin, an unarmed black teen, in a gated community in Sanford on February 26.

“On Sunday February 26th, I was involved in a life altering event which led me to become the subject of intense media coverage. As a result of the incident and subsequent media coverage, I have been forced to leave my home, my school, my employer, my family and ultimately, my entire life. This website’s sole purpose is to ensure my supporters they are receiving my full attention without any intermediaries.”

It has come to my attention that some persons and/or entities have been collecting funds, thinly veiled as my “Defense Fund” or “Legal Fund”. I cannot attest to the validity of these other websites as I have not received any funds collected, intended to support my family and I through this trying, tragic time.

I have created a Paypal account solely linked on this website as I would like to provide an avenue to thank my supporters personally and ensure that any funds provided are used only for living expenses and legal defense, in lieu of my forced inability to maintain employment. I will also personally, maintain accountability of all funds received. I reassure you, every donation is appreciated.
Sincerely,
George Zimmerman”

The website also has a section called “The Facts,” which quotes from James. W. Loewen, but which also states “I cannot discuss the details of the event on February 26th.” Zimmerman again thanks his friends for “never questioning my integrity or actions.”

On the “My Race” page, there is quote from Thomas Paine:

“The world is my country, all mankind are my brethren, and to do good is my religion.”

On the “Album” page, Zimmerman says its “dedicated to persons whom have displayed their support of Justice for All.” It contains a graphic of a wall painted with the words, “Long Live Zimmerman.”

Zimmerman has admitted to shooting Martin who was returning from a neighborhood convenience store, but he told police he did so in self defence.

A police surveillance video the night Zimmerman was taken into custody shows no visible signs that he was in a struggle for his life.

Zimmerman was never charged or arrested for fatally shooting Martin, but many speculate that that could happen soon, following the cancellation of the Grand Jury by special prosecutor Angela Corey on Monday.