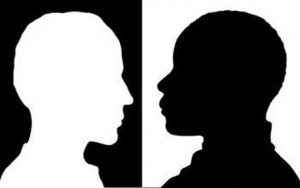 But most people just don’t get it!

It amazes me how many folk are so quick to judge others using their own criteria.

Why is it that I know that individual people are treated in different ways but some believe everyone and everything is the same?

Every day I hear someone say or see where someone wrote, “The kid was shot because he was a criminal,” or “They burn down their own neighborhoods”!

The truth of the matter is that it is easy for non-Blacks to criticize Black people and Black life but the critics can’t go to sleep and dream about living the life that most Black people have to live!

In a capitalist country, it’s all about the money.

I’ve seen a white person go into a bank and get a million dollar loan with only his signature and I’ve seen a Black man with over $100,000 in his bank account go into the very same bank and get turned down for trying to get a $30,000 loan.

Trailer trash living in the worst trailer park in town can walk into a bank and get a mortgage loan for a site built home purchase but a Black man living in a middle or upper class neighborhood can’t get a loan to renovate or add a room to his house.

What upsets me the most is how non-Blacks in big money businesses like stock trading, asset management, commodity trading or international finance can’t understand how “Bruce” or “Amy” can transfer millions and billions of dollars in 48 hours and it could take a Black person 48 days to do the same type of transaction.

Whether you are for real or not, if you tell your banker that you will be receiving million dollar MTs, SWIFTs or other large money transfers, your banker won’t believe you.

Not even your friends and family that know you best will believe you if you say you will be getting million dollar commissions on billion dollar trading platform investments.

You won’t be believed because you’re Black!

Said or not said, the belief is that there are certain financial limits that are impossible for Black people to reach or enjoy!

The biggest financial obstacle that Blacks have trouble explaining and non-Blacks have difficulty in seeing are the political and law enforcement road blocks and setbacks.

Blacks in high finance are scrutinized far more than everyone else. Everybody gets background checked and due diligence inquiries when dealing with very large sums of money but Blacks get far more negative depictions when they are investigated.

Not all Blacks get money from conflict gems or conflict minerals. Every Black person is not a terrorist. And, most Blacks in high finance areas are not embezzlers, con men, drug dealers or thieves!

So, when money is held up by America’s Patriot Act or by similar laws and acts in other countries it is not unusual to Black people around the world.

But white people especially get up in arms about a mere request to have their luggage searched at an African or Caribbean airport. They will call their Embassy if they are in a country of color and get their credit card rejected!

Instead of criticizing or blaming the perpetrators of racially motivated banking and financing, privileged people in the world criticize and blame the victims of unfair and discriminatory banking, financing, lending and law enforcement because the Black person can’t do what non-Blacks do. They can’t get what non-Blacks get and in many ways Black people can’t live the life that some non-Blacks live!

When you use white eyes to look at Black lives sometimes, no, most times, the vision is distorted! (Buy Gantt’s books and contact Lucius at www.allworldconsultants.net)

Orlando Financial Consultant Offers Tips for Having Fun While Planning Ahead