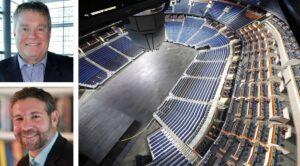 The COVID-19 pandemic remains a major threat to the City of Orlando Venues, but it appears to only be impacting lower wage workers not the executives. Last week, I revealed the Orlando Venues staff was still making big bucks during the coronavirus closures. But just this week, Levy Restaurants alerted the state of Florida in a letter on June 25th that planned cutbacks will now impact hundreds of additional Amway Center workers.

Starting August 1st, 42 more workers will be laid off and hours will be cut by 50% or more for over 400 other employees. This only makes the ongoing crisis worse, as since May salaried managers have been furloughed, and since March hourly workers already have been working reduced schedules. The company cited the inability to host in-person events and concerts as reasons for the job cuts.

But the workers who actually make Orlando’s Venues special? They are not getting paid, they do not have jobs and they were the first to receive these cuts.

Levy said they originally expected the impact on jobs to last less than six months, but now the company does expect it to last longer. The company stated they do intend to rehire employees, but only once demand returns.

With the recent spike in coronavirus cases, Governor Ron DeSantis has not put out a plan to move into the next phase of reopening which could allow entertainment venues to emerge from the COVID-19 crisis. Local leaders like Mayor Buddy Dyer, who championed these projects to the point it nearly bankrupted the city and tied our hands for years to come, has not been vocal about the impact to these workers and our local economy.

Mayor Dyer’s office confirmed this week there have been no furloughs and no changes to employee status or pay due to coronavirus, meaning the Orlando Venues executives will continue to take home the big bucks during the pandemic shutdown.