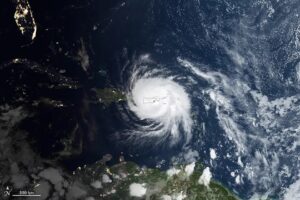 Orlando Congressman Darren Soto is praising President Joe Biden for taking action in regards to funding for Puerto Rico. The statement was issued after it was announced the Biden Administration plans to release $1.3 billion that was meant to help Puerto Rico rebuild after Hurricane Maria and remove restrictions on another $4.9 billion.


“After Congressman Torres and I sent a letter to the Biden Administration regarding the release of federal funds to Puerto Rico, our fellow Americans are finally getting the respect and relief they deserve,” Rep. Soto said.

Following Hurricane Maria, Congress allocated around $42.5 billion in federal funds for the island´s recovery and reconstruction. However, a majority of the funds have been delayed for over three years, including Community Development Block Grants for Disaster Relief.

“The people of Puerto Rico have long awaited the release of these funds. Hurricanes Irma and Maria, exacerbated by a cluster of earthquakes in 2020, devastated Puerto Rico’s infrastructure and created critical deficiencies in its energy sector,” Rep. Soto continued. “Now, as their fragile healthcare system grapples with COVID-19, getting Puerto Rico the relief they deserve has never been more urgent. I’m thankful to the Biden Administration for keeping its promise and making the Island’s recovery a top priority. These funds will be critical for rebuilding infrastructure to modern standards and ensuring its future economic development. Going forward, I hope to continue to work with President Biden and go further in aiding our fellow Americans by addressing the Island’s political status.”