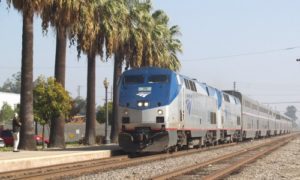 The president’s budget proposal released today would eliminate all Amtrak service in Florida.

The proposal cuts funding for Amtrak’s long-distance routes, which includes all three routes in Florida. It would also stymie ongoing efforts to restore service in Florida’s Panhandle and along the Gulf Coast. The budget cuts drew quick criticism from Florida’s Democratic Senator.


“This just doesn’t make sense,” said U.S. Senator Bill Nelson (D-FL). “Eliminating Amtrak service in Florida not only affects the nearly one million Floridians who ride the train each year, it would have a real impact on our tourism-driven economy by making it harder for folks to come visit our state.”

The president’s budget would eliminate all three routes in Florida, including: