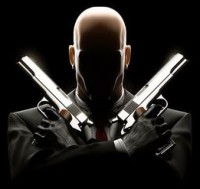 Kissimmee police are warning citizens of a hitman scam that could begin sweeping the Central Florida area.

A woman told told cops on Monday she received an e-mail titled “Your Life Has Been Paid For,” which stated a person was contracted to kill her, but her life could be saved if she agreed to pay $9,000. The particular e-mail originated from Germany and appears to be spam, police said.

The Federal Bureau of Investigation confirmed that this spam scam, which claims that recipients will be killed has been occurring since 2006.

Authorities are encouraging all citizens who might receive similar e-mails, not to send any money to the originator and to contact their local police department immediately.

“Internet scams are becoming more prevalent,” said Chief Iwanski, in a statement. “It is important that our citizens bring these types of threats to the attention of law enforcement and do not send any type of monetary compensation to the originators.”