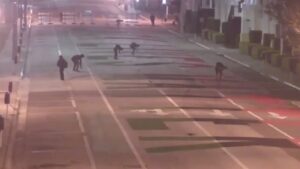 The Orlando Police Department has released the video, which can be seen in full below. There are also photos of some of the spray paint messages.


But one thing is clear from Orlando Mayor Buddy Dyer’s street paint stunt, he is not getting much support from any side of the political debate. Maybe because Buddy Dyer has literally ignored all public requests to stop police brutality in Orlando over the last decade, and he single-handedly destroyed Parramore and has hurt the local black community for his new “vision” of downtown. Street paint does not make amends for what Dyer has done. But also the local police and their supporters have started to turn on the city after their blatant attempts to pander on issues they have long ignored.

Police believe that around the 2:50 mark in the video, one individual comes closer to one camera and could be a possible lookout for the group. Anyone with information is asked to call Central Florida Crimeline 1-800-423-TIPS(8477).

The people can see right through the political theater. The city now had to pay to repaint the road. Orlando is also spending extra money to police the area better to prevent additional vandalism. Dyer is the mayor, this is on him for creating the local conditions and then making the matter more divisive locally with his attempted political stunts. 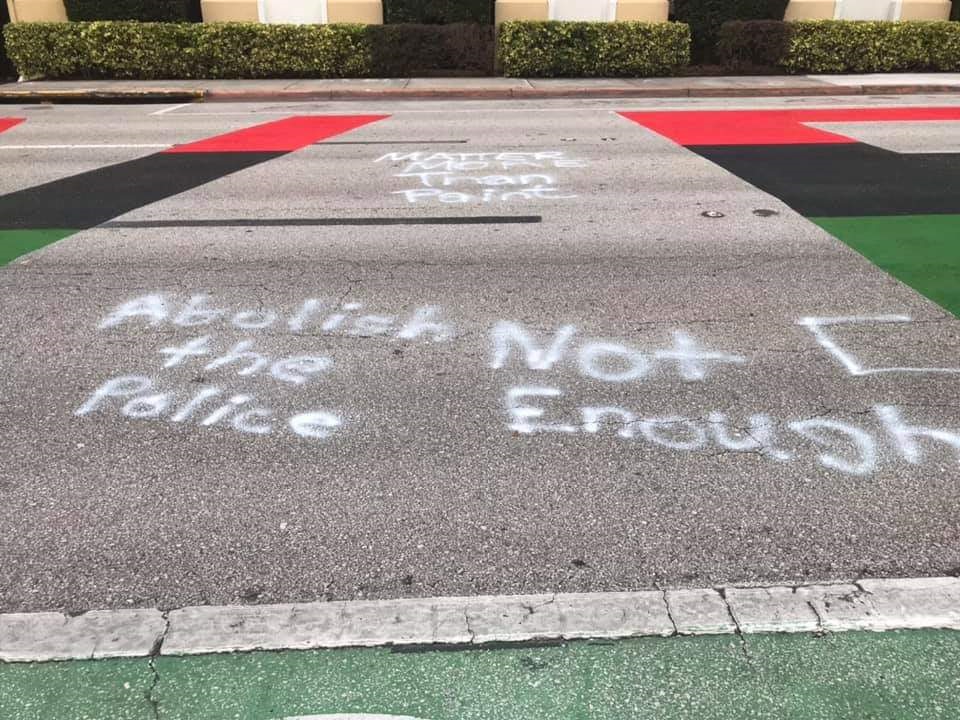 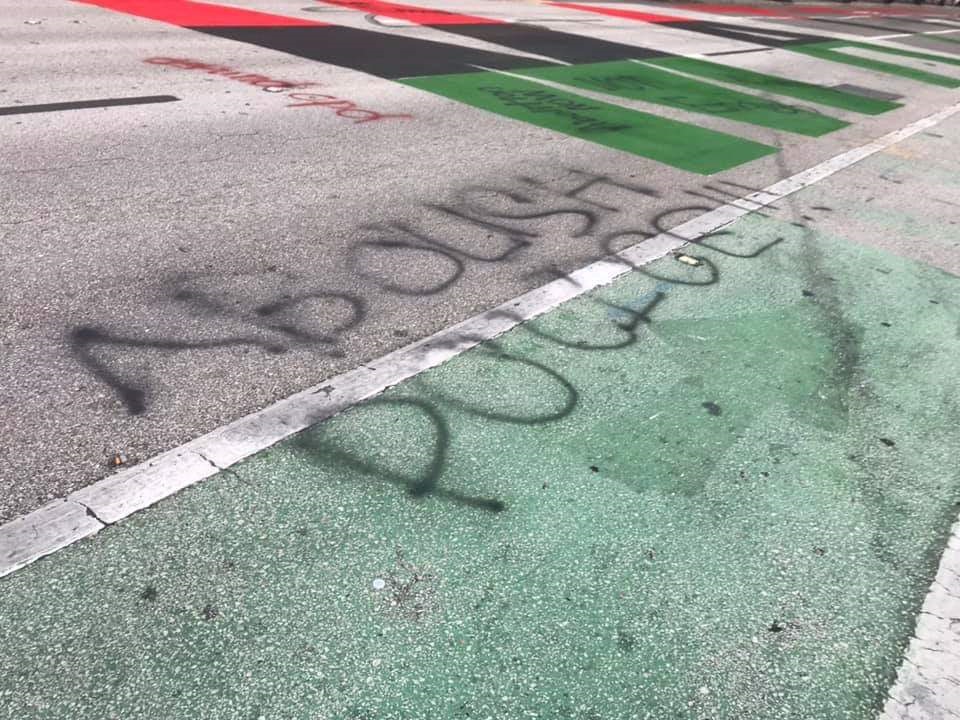 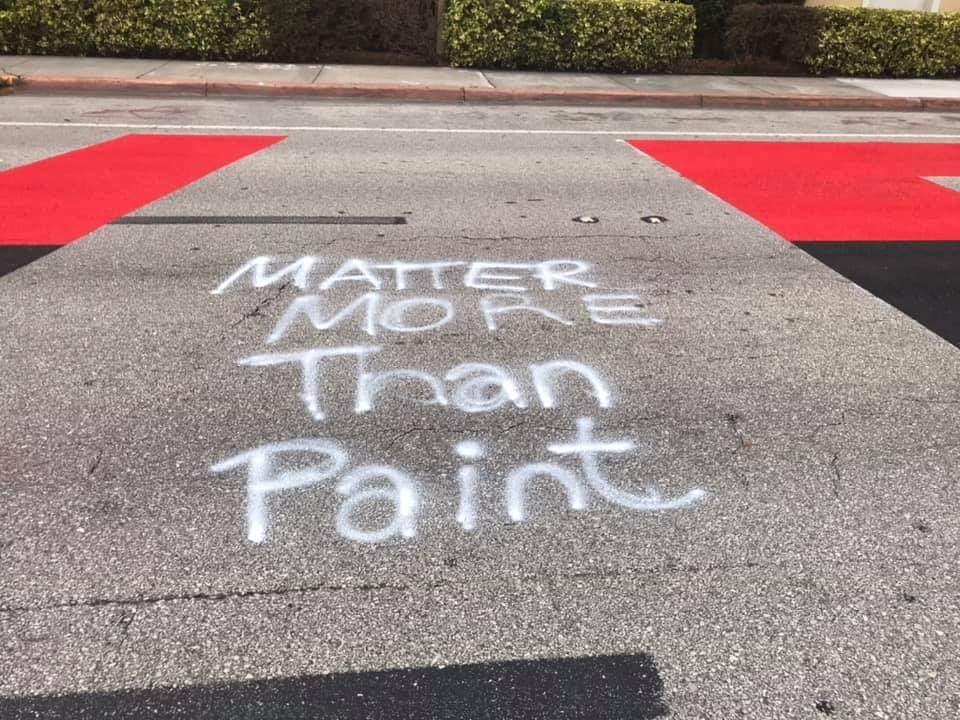