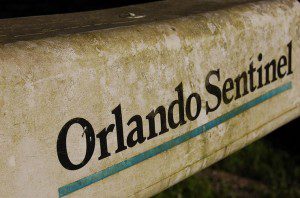 The Orlando Sentinel has weighed in on the Orange County District 6 Commissioner race between Gary Siplin’s inexperienced wife, Victoria and Derrick Wallace.

What caught their attention? The fake and blatantly forged Obama endorsement letter rumored to have been created by desperate Siplin supporters. Unfortunately for Mr. Wallace, young and enthusiastic campaign volunteers put it on his Facebook page before its accuracy could be vetted.

The people in District 6 know that the racially divisive Orlando Sentinel has always sought to accentuate the negative when it comes to African-Americans. Their growing bias and race-baiting have long been known to Central Florida’s black residents.

They make no mention of Siplin opposing the 2010 “Fair Districts” amendments or the payments received by Senator Siplin and Congresswoman Corrine Brown to oppose it.

Experts at playing the race card, they are not fooling anyone, especially west side residents.

Hey Orlando Sentinel, you could do better than that.