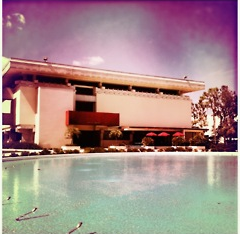 Central Florida has some great college campuses. But did you know it’s home to the “most beautiful” campus in America?

That distinction was recently given to Lakeland’s Florida Southern College by the Princeton Review. The yearly publication ranks the 376 best colleges in the country on everything from dorm rooms and athletic facilities to professors and quality of life. The rankings are based on surveys from students. 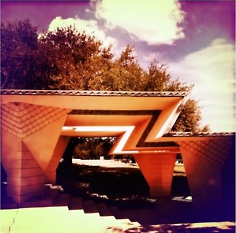 After recently paying a visit to Florida Southern College, it’s no surprise that the students think highly of their home away from home.

Situated on 100 acres overlooking pristine Lake Hollingsworth, the school hasn’t always been based in Lakeland. The private college was founded in Orlando in 1856 and underwent several name changes and moves in the early 1900s. In 1922, trustees chose Lakeland to be the college’s permanent home.

While Florida Southern College is known for its strong academic programs, thousands of architecture buffs from around the world visit the campus each year for its incredible buildings. Many hope to catch a glimpse of the genius of Frank Lloyd Wright, considered by most experts to have been the greatest architect who ever lived.

In 1938, college president Dr. Ludd Spivey contacted the famed architect about his desire to build a modern American campus in Lakeland. During their first meeting, Spivey confessed to Wright that he didn’t have any money for his lofty vision, but promised to “work night and day” to raise the funds if Wright would agree to design the buildings. Wright went to work on the designs a short time later envisioning structures that rose “out of the ground, into the light and into the sun.”

The Child of the Sun project, as it was known, originally called for 18 Frank Lloyd Wright buildings to be constructed on the Lakeland campus. But because of World War II and rising construction costs, only 12 of Wright’s designs were actually completed. Today, Florida Southern College is the largest single-site collection of Frank Lloyd Wright architecture in the world. 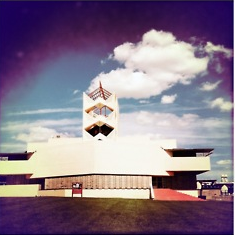 Wright’s masterpieces have been lovingly preserved by the school and can be viewed by taking a self-guided walking tour. Covered walkways known as The Esplanades connect the various buildings and provide protection from the Florida heat. Many of the buildings are open during regular business hours and showcase Wright’s passion for bringing the outdoors inside. Colorfully tinted windows in the great rooms, chapels and hallways allow light to warm the interiors of the buildings while providing a modernistic art show on the floors and walls. It truly is something to behold.

A visitor’s center is located in the semi-circular Thad Buckner Building and provides a permanent display of photographs, furniture and drawings depicting Wright’s relationship with the college.

The Wright-designed campus is truly a jewel for Central Florida and should be experienced by every architecture buff at least once. But if you’re a college student looking for a place to study architecture, you might want to look elsewhere. Ironically, Florida Southern College has never had an architecture program. 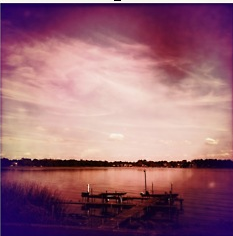