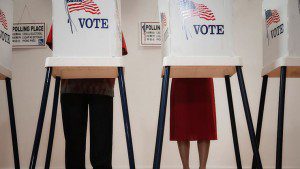 Turnout in the recent Gainesville municipal City election was dismal. While participation is typically bad, a word-of-mouth boycott resulted in close to 90 percent of eligible voters staying away from the polls.

Asked for his input on how voter turn-out might be improved in the April 14 run-off, attorney Gabe Kaimowitz, offered the following advice and suggestions to the Gainseville Sun.

To the Gainesville Sun:

Thank you so much for letting me participate in offering, free of charge, my suggestions for avoiding the terrible turnout in the most recent local Gainesville municipal City election, even though I am one of 80 people and corporations who were not selected for the elite advisory role you have given to a dozen civil male and female participants, black as well as white, perhaps an Hispanic or Asian or two.

My first suggestion would be to find out about the word-of-mouth boycott which surely brought down the numbers.  I decided to support that boycott and not cast a vote.  I rarely have not voted when given the opportunity in the last 60 years.  Please read the rest.  I would like to vote in the run-off on Apr. 14, but only if I have a sense that the Sun is taking anyone’s suggestions for improvements seriously–except for that inane comment you published about people who don’t vote not having a right to complain when they get the kind of commissioners who are accepted.

Good luck on this campaign.  You have less than three weeks to convince me–and others who boycotted the election–that we have reason to vote.

See the full list of suggestions from Gabe Kaimowitz HERE.