Sales of existing condominiums in Florida rose 11 percent in November, with a total of 5,411 condos sold statewide compared to 4,860 units sold in November 2009, according to the latest housing data released by Florida Realtors®. 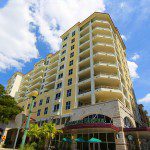 Meanwhile, in the year-to-year comparison for existing home sales, a total of 11,900 single-family existing homes sold statewide last month compared to 13,961 homes sold in November 2009 for a decrease of 15 percent. Florida’s median existing-home sales price in November was $132,700; a year earlier, it was $139,300 for a decrease of 5 percent. The median is the midpoint; half the homes sold for more, half for less.

The latest industry outlook from NAR continues to predict a gradual improvement in home sales in upcoming months. However, the report also noted that a temporary halt to foreclosures in Florida and several other states delayed closings and impacted sales activity.

“The housing market is experiencing an uneven recovery,” said NAR Chief Economist Lawrence Yun. “Still, sales activity is clearly off the bottom and is attempting to settle into normal sustainable levels. Based on current and improving job market conditions, and from attractive affordability conditions, sales should steadily improve to healthier levels of above 5 million by spring of next year.”

In November, the interest rate for a 30-year fixed-rate mortgage averaged 4.30 percent, down from the 4.88 percent average during the same month a year earlier, according to Freddie Mac. Florida Realtors’ sales figures reflect closings, which typically occur 30 to 90 days after sales contracts are written.