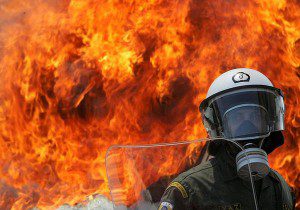 The fire that consumed a Hillsborough County house last week may have actually been part of a mother-daughter suicide pact in the middle of a domestic violence situation.

Investigators found suicide notes from Nancy Lowe, 52, and Allison Clark, 12, in the home after the fire on Timber Brook Court.

Lowe’s ex-husband, James Clark, was arrested late Saturday for breaking into the home on Thursday. He allegedly hit Lowe in the face with a metal lamp and, in the process, violated an injunction, WTSP.com reports.

Read more on the suicide pact and fire here.