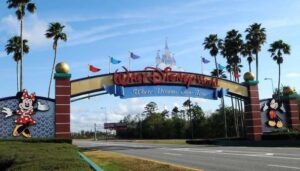 Walt Disney Company has confirmed they will layoff 32,000 employees by the end of March, which is 4,000 more than previously announced. Disney continues to see massive losses as the coronavirus pandemic seems to be hitting the company’s theme park and resort business worse than others.

In fact, Disney warned that it may be forced to scrap its dividend in the future, and reduce or not make contributions to pension and retirement medical plans, which will only anger union representatives. The company said it may have to make cuts to television and film productions as well, and furlough or terminate even more employees if things do not turn around.

Disney chief executive officer Bob Chapek does see signs people are ready to return to the theme parks, but hits back at state and local governments that are impacting business. Chapek, along with other tourism leaders, are blaming the California government and Governor for keeping the parks closed out West.

Park reservations at Disney’s reduced capacity limits are already 77 percent booked for early 2021 according to company officials, with Thanksgiving week booked close to capacity. Florida will not face any additional COVID-19 restrictions, according to the Governor, and travel is picking up as Americans flee for a pandemic escape.