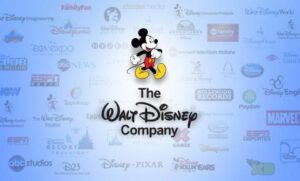 The Walt Disney Company reported earnings for the fiscal quarter and the financial impact of the coronavirus pandemic was enormous: $1.4 billion. That’s only continued as the crisis keeps their U.S. parks closed. Disney is also the major sign of Orlando’s economy, since it relies heavily on tourism and travel.

“We estimate the COVID-19 impact on operating income at our Parks, Experiences and Products segment was approximately $1.0 billion primarily due to revenue lost as a result of the closures,” Disney said in the earnings news release. “In total, we estimate that the COVID-19 impacts on our current quarter income from continuing operations before income taxes across all of our businesses was as much as $1.4 billion, inclusive of the impact at the Parks, Experiences and Products segment. Impacts at our other segments include lower advertising revenue at Media Networks and Direct-to-Consumer & International driven by a decrease in viewership in the current quarter reflecting COVID-19’s impact on live sports events and higher bad debt expense and a loss of revenue at Studio Entertainment due to theater and stage play closures.”

Disney is estimating they are losing about $500 million every two weeks the theme parks remain closed, Chief Financial Officer Christine McCarthy said on the conference call with analysts. Disney is finalizing plans to reopen its theme parks locally and it makes even more sense after seeing those numbers. That will also help the employment situation, as Disney furloughs helped lead Florida to the biggest increase in unemployment claims in the country.


The release also had positive news for pre-coronavirus closures about guest spending, but also noted that costs were higher as well.

“Prior to the closure of our domestic parks and resorts, volumes and guest spending were higher compared to the prior-year quarter,” Disney said. “Costs for the quarter were higher compared to the prior-year quarter due to an increase at our domestic parks and experiences driven by expenses for new guest offerings, which included Star Wars:Galaxy’s Edge, the net cost of pay to employees who were not performing services as a result of actions taken in response to COVID-19, and inflation.”

As the parks reopen, and most other lines of business reopen, Disney remains optimistic about the future.

“While the COVID-19 pandemic has had an appreciable financial impact on a number of our businesses, we are confident in our ability to withstand this disruption and emerge from it in a strong position,” said Bob Chapek, Chief Executive Officer for The Walt Disney Company. “Disney has repeatedly shown that it is exceptionally resilient, bolstered by the quality of our storytelling and the strong affinity consumers have for our brands, which is evident in the extraordinary response to Disney+ since its launch last November.”