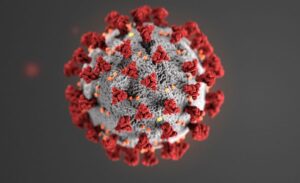 According to the Census Bureau, there are nearly 59 million Hispanics living in the United States, making it the second largest and the fastest growing population group in the country and amounting to 18 percent of the total population. HolaDoctor, a health and wellness company for the Hispanic population in the United States, conducted a survey of Latinos to better understand how this community is coping with coronavirus lockdowns.

The results of the survey speak for themselves: the long lockdowns, and the uncertainty caused by the advance of the disease, are deeply affecting the Latino population. More than a fifth of respondents acknowledge that they are suffering from anxiety, while 15.7 percent say they have trouble sleeping; another 15.7 percent suffer from increased stress. Nearly 12 percent recognize they have gained weight.

And, perhaps most distressingly, nearly a third of respondents said they fear what the future may hold.

Hardships in Dealing With Medical Emergencies

Another section of the HolaDoctor survey sought to learn about the health protection available to the Latino population. In their answers, 34.5 percent consider that their health insurance gives them enough coverage to face COVID-19.

However, 26.5 percent think they should expand their coverage and almost 13 percent recognize that their health insurance is insufficient for the situation. Moreover, around 26 percent lack any protection, responding that they do not have health insurance.

In addition to this information on health protection, it is important to note that nearly half of the Hispanics in the United States say that at least one person in their family has suffered pay cuts or layoffs due to the coronavirus. Latino workers are also suffering from the impact of the crisis on the economy as at least eight million Latinos worked in the hospitality industry, one of the hardest hit sectors.

End the lockdown as late as possible

On the other hand, the HolaDoctor survey also sought to learn the Hispanic population’s opinion about the end of the lockdown. The vast majority, almost 65 percent, believe that the lockdown should continue until at least June 1st. In fact, 35 percent say it should last beyond June 15th.

In general, respondents reject an immediate halt to the lockdown: Only 15 percent think it should end immediately. Furthermore, more than 50 percent of survey participants think that each state in the union should impose its own lockdown exit strategy.