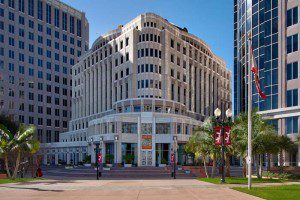 During the ongoing coronavirus pandemic, the City of Orlando has been able to continue paying city employees, avoiding furloughs and pay cuts. City employees are still busy working to serve the community as always, even though City Hall and other city administrative buildings are closed to the public. In fact, city workers are conducting more than 200 services either online or by phone. The City of Orlando confirmed there have been no changes made to any employee status or pay rate.


Meanwhile, Florida has seen a 4,521.47% increase in unemployment claims since the pandemic started. When Walt Disney World furloughed nearly all of their employees, it didn’t help our local situation or Florida’s nationwide ranking for unemployment claims. Orlando has been hit especially hard due to our reliance on tourism and hospitality, along with the fact that Orlando continues to rank last in metro areas for average pay under Mayor Buddy Dyer.

But despite all that, Buddy Dyer’s administration is claiming they are not even worried about any local budget impacts due to the current crisis.

“At this time, we are not forecasting any significant budget issues,” said city public information officer Samantha Holsten.