Cop killer Markeith Loyd was visibly roughed up, bloody and swollen, when the Orlando Police Department first brought him inside OPD headquarters after his arrest last night. Loyd is accused of shooting and killing Orlando officer Master Sgt. Debra Clayton Jan. 9th when she tried to approach him at a local Walmart. Loyd was already on the run for the shooting death of his pregnant ex-girlfriend, Sade Dixon.

The murder of Clayton led to a massive 9-day manhunt around Orlando. Senior Orange County Sheriff’s Office motorcycle Deputy Norman Lewis also died in a crash while searching for Loyd in the aftermath of the shooting.

According to police, Loyd was captured at an abandoned home on the 1100 block of Lescot Lane near Raleigh and Conley streets in the Carver Shores area about 7PM. He is being treated at Orlando Regional Medical Center before heading to jail and ultimately facing justice.

Loyd faces two counts of first degree murder, two counts of aggravated assault and one count of attempted murder. This is a developing story. 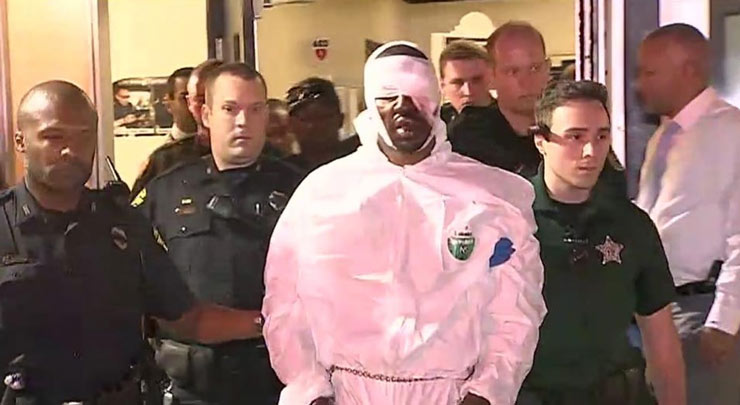